TRINITY COLLEGE: 1850 TO THE PRESENT 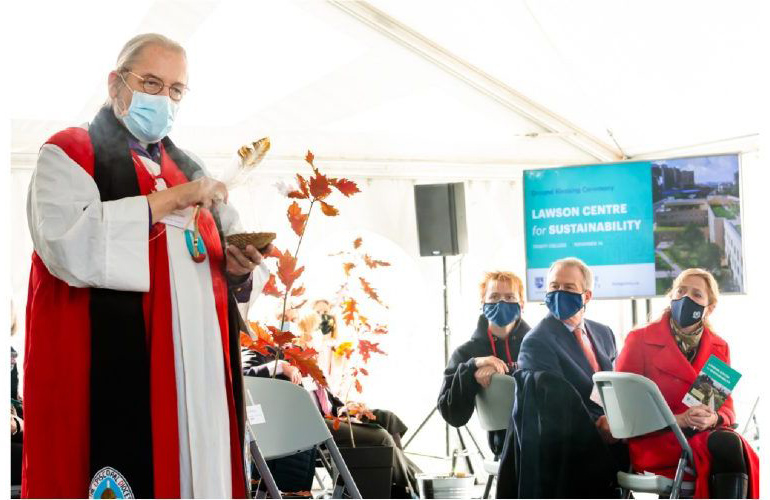 2021: On November 16, the College holds a Ground Blessing Ceremony on the future site of the new Lawson Centre for Sustainability. 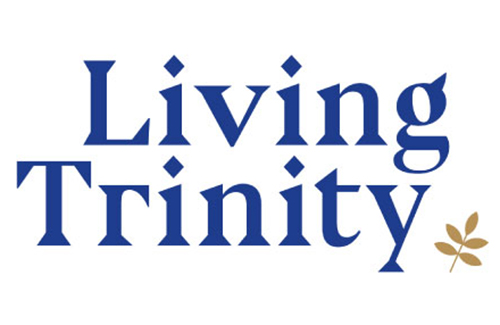 2020: The Living Trinity campaign website launches, and planning phases are underway for the College’s new academic and residence building, the Lawson Centre for Sustainability. Due to the global COVID-19 pandemic, the university campus closes in March.

2019: As part of Trinity’s campus revitalization plan, the new Student Services Centre opened in Fall 2019 (front hall of the main Trinity College building). The Centre brings key student services such as the Office of the Registrar and the Office of the Dean of Students together into one space. In October, the College receives $10 million gift to launch of the Integrated Sustainability Initiative.

2015: Trinity’s endowments reached $90 million; the Friends of the Library celebrated its 40th annual Book Sale; and the College enhanced its Health and Wellness program and launched the Anne Steacy Counselling Initiative.

2013: The Bill Graham Centre for Contemporary International History opened. The Centre is a collaborative academic enterprise between Trinity College and the Munk School of Global Affairs.

2005: In September, Trinity introduced a new program for first-year students— Trinity One (later named the Margaret MacMillan Trinity One Program) in the International Relations and Ethics streams. The Public Policy stream started in 2012.

2000: The John W. Graham Library opened; previously, the library was located in the basement level of the main building.

1995: Through the generosity of Trinity alumni and friends, the Humphrys Chaplaincy was endowed at the College. This was followed by the Margaret E. Fleck Chair in Anglican Studies, the positions of the Rolph-Bell Archivist and the Nicholls Librarian, and the Raymond Pryke Chair in the Margaret MacMillan Trinity One Program.

1974: The Memorandum of Understanding between Trinity College and the University of Toronto was signed; Trinity’s undergraduate program became fully integrated with the University’s Faculty of Arts & Science.

1961: Opening on January 15, the new academic building was named in honour of Gerald Larkin, one of Trinity’s most important benefactors.

1943: Together with Emmanuel, Knox and Wycliffe Colleges, the Faculty of Divinity formed the future Toronto School of Theology (established in 1969), which joined the University of Toronto in 1978 to grant degrees conjointly.

1925: The College acquired its present property on Hoskin Avenue in 1913, but construction was not completed until 1925 because of the war. The foundation stone for the new building was laid on June 4, 1923, and the College held its formal opening and dedication ceremony on October 21, 1925.

1904: Trinity federated with the University of Toronto on October 1; this also saw the cessation of the Trinity Medical College and the Faculties of Law, Dentistry and Music.

1850-1852: Founded by the Right Rev’d John Strachan, Trinity College purchased its original site on Queen Street West in 1850. Trinity College was incorporated and the cornerstone was laid on April 30, 1851. On January 15, 1852, the College opened. Also in 1852, the Cobourg Diocesan Theological Institute (which had begun teaching in 1842) became the Faculty of Divinity in the new Trinity College.