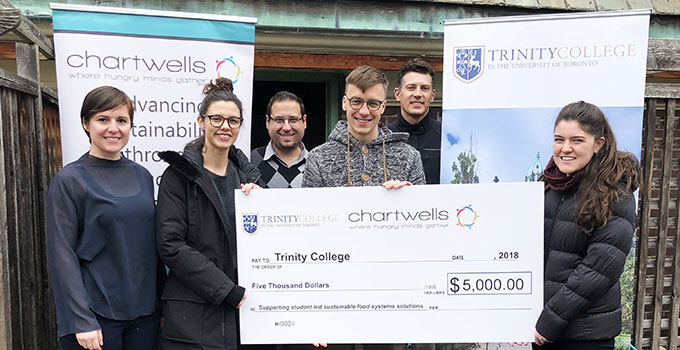 An exciting new green project is slated to begin this summer at Trinity. Building on the College’s leadership in sustainable practices, an urban agriculture container garden will be created on the rooftop of one of buildings on the Trinity campus: North House of the Munk School of Global Affairs.

Trinity has long pursued a path of environmental action, implementing projects like the Gerald Larkin Building solar panels, urban beehives on Henderson Tower, geothermal heating in the new Archives and a storm water reclamation system, as well as consistently reducing energy consumption. Trinity’s Margaret MacMillan Trinity One Program will also enroll its first cohort of students in the Butterfield Environment & Sustainability Stream this fall, providing students with the opportunity to gain early exposure to environmental studies.

In keeping with this green legacy, the new pilot project will not only reduce Trinity’s carbon footprint through the local production of food, but will also provide members of the Trinity community meaningful engagement with nature.

Using auto-irrigated pots, plants like tomatoes, zucchini, eggplant, herbs and squash, as well as flowers to attract pollinators, will be grown as part of the pilot. Planters will be placed on a thin protective layer, directly upon the flat, walled, southern exposure rooftop.

The idea for a rooftop urban agriculture project was developed in Prof. John Robinson’s 4th year course ENV461: U of T as a Living Lab of Sustainability. Prof. Robinson is U of T’s Presidential Advisor on the Environment, Climate Change, and Sustainability and an Associate of the College. As part of the course, Trinity students Emily Shaw, Nathan Postma and Emily Neeson, together with their peers, submitted a proposal for this green roof to Assistant Provost Dr. Jonathan Steels. With the support of Dr. Steels, the students also applied for and won a $5,000 Chartwells Campus Project award to support sustainable practices in food service through an urban agriculture pilot. Since 2014, Chartwells has supported university and college students to develop innovative concepts to address environmental and social changes. 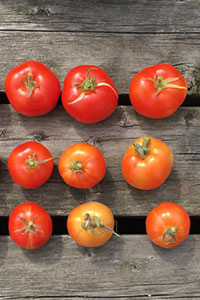 With this seed funding and the extensive research conducted by our students, the urban agriculture pilot was able to move forward. This pilot builds on the success of an initiative by Trinity student Mbonella Phiri-Nkomo, who grew several pots of tomatoes and peppers on the St. Hilda’s roof last summer.

Recognizing the many environmental benefits that green roofs offer, the City of Toronto created a bylaw mandating green roofs be part of all new building developments. While many green roofs consist of grasses, the number of urban agriculture projects, similar to the one planned at Trinity, has been steadily increasing across the GTA in recent years. Trinity’s new pilot will also serve to test the feasibility of urban agriculture for future expansion to existing and potential new roof spaces at the College.

Thanks to the efforts of our students, alumni, staff, faculty and the Provost’s Environmental Protection Committee, Trinity continues to move towards a greener, more sustainable tomorrow.

Thanks to a dedicated group of students, Trinity’s Urban Agriculture Pilot Project is thriving! The tomatoes are ripening, the cucumber and zucchini plants blossoming, and there has already been a first harvest of lettuce. Here’s a look at our growing garden!