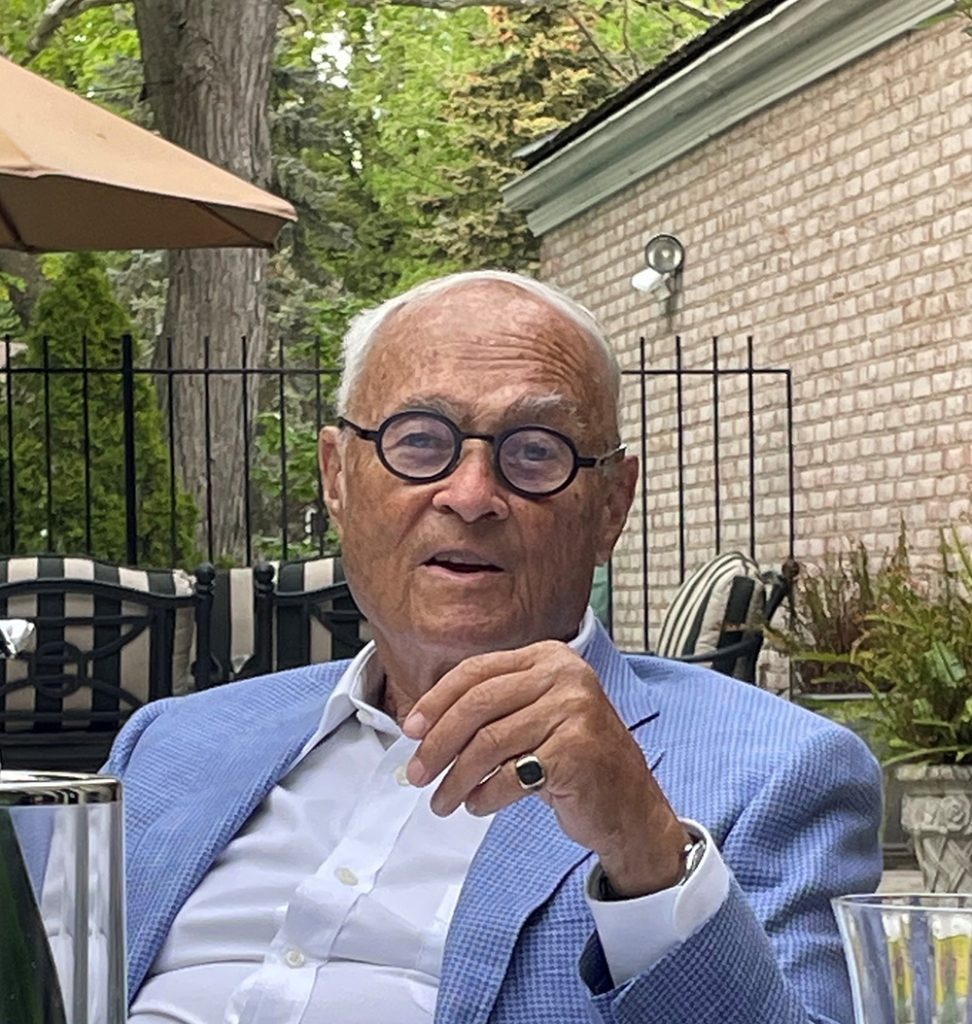 Dear Members of the Trinity Community:

It is with a heavy heart that I share the sad news of the passing of Trinity alumnus J.W. Nevil Thomas (Class of 1961) on September 22, 2021. To honour his memory, Trinity’s flags will fly at half-mast this week.

Over the years, Nevil, in his quiet way, has been a steadfast champion of the College, and his commitment to our students was evident in all his actions. Nevil spoke fondly of his formative experiences at Trinity, particularly the times he spent in Strachan Hall connecting with other students from every area of study and every walk of life. After studying commerce and then pursuing graduate work, Nevil’s interest in finance led him to a successful career in business. He understood that a student’s academic path is impacted by many things. As a way to encourage future leaders, in 2007 he established the Nevil Thomas Award to support a graduating Trinity student who is interested in business as a career. Nevil was also a long-time supporter of the College in so many other ways including as a member of Trinity’s Salterrae Society, which recognizes donors who have made lifetime cumulative gifts of at least $100,000 to the College. He continued a lifelong connection to both Trinity and often dropped by to visit after working out at Hart House.

In more recent years, his foresight and leadership was instrumental in the College’s campus expansion plans. In 2017, after encouraging the College to explore a campus master plan, he served on the Trinity College Campaign Advisory Group to help us assess the viability of a new building. At an alumni forum held in the fall of 2018 to discuss the new building, Nevil said to fellow alumni: “We are all here for the same reason: Trinity has provided lifelong connections to us and it is important that we try to offer guidance when there are new opportunities and challenges. Trinity has changed a lot since I graduated, compared to what today’s students experience. Still, there is a shared experience of the place and of the people… We believe that a new building will invigorate this campus.”

Nevil has been a key catalyst for the idea of a new building and a key supporter as the plans developed, culminating in a leadership gift of $5 million, which came early in the Living Trinity campaign. The southern portion of the centrepiece of the campaign – the Lawson Centre for Sustainability – will be named the Nevil Thomas Wing in his honour. He leaves an inspiring legacy that will transform our beautiful campus and the student experience for generations to come.

Along with supporting his alma mater over four decades, Nevil was a generous philanthropist, donating to organizations and research programs that were meaningful to him, his late wife Susanne and their four children.

Nevil’s family sent us his obituary – you can read it here; and the family will be holding a small memorial service in the coming weeks (a livestream link will be available on morleybedford.ca).

On behalf of the College, we extend our heartfelt condolences to his family, friends and colleagues.

View the University of Toronto’s tribute to Nevil Thomas