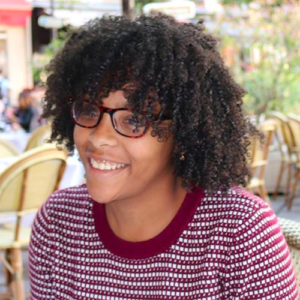 Trinity One student Gabrielle Warren talks about the unit on freedom of religion from TRN160: Public Policy & Public Good.

“What equalizes us as human beings?”

“How is our consciousness connected to religion?”

“Is religion special, and if so, why?”

“Does the government have the responsibility to protect religion?”

These are questions that are tackled in the religion unit of Trinity One: Public Policy. In this unit, we strive to explore not just the expression of religion, but how religion relates to a person’s dignity and how it is often in conflict with secular society. For example, if a person believes that they should eat halal food because of an internal conviction, where does that conviction fit in a world where halal slaughtering rituals are deemed cruel against animals? Should a government accommodate these convictions or not?

In the beginning of the unit, the class’ biggest discussion was “What made religion special?” Some students believed that religion was not special and should be treated like any other conviction. I did not see it that way. Religion seemed to go deeper than a conviction to refuse to shop at Walmart. However, at the beginning we had not yet been given the arguments for me to encapsulate my feelings on the subject. Through different examples, we wrestled with the friction that takes place between religious conviction and secular standards. Examples included the contraception mandate in Obamacare in the United States and the ban of halal and kosher slaughter in the Netherlands and Poland.

Differences placed on the importance of religion, created two different schools of thought. One school of thought believes that religion must fit itself into secular society. If a law is made that does not align with a religious belief, the followers of the belief will have to adjust. There is a small scope of accommodation. The alternative school of thought is that religion is an intrinsic part of many human experiences and that the government has a duty to accommodate it. It claims that to have a society that is truly free, all citizens must have a right to live by their convictions and beliefs. Therefore, the state must provide a wide accommodation.

The questions that I posed at the beginning of this piece are complex, but they need to be discussed in order to create public policies that bring the greatest utility to society and respect all citizens. When making a law or a policy, we are making statements as to what we want our society to be, defining the future trajectory of society. Regardless of your feelings toward religion, this unit will provide you tools to think critically about the human experience.