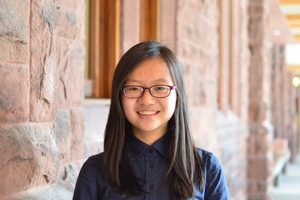 Angela Hou (International Relations stream, 2015) speaks about how Trinity One helped shape her research skills and contributed to her receiving the 2017 U of T Undergraduate Research prize.

My participation and learning in the Trinity One International Relations stream was integral to my success in HIS344. Trinity One provided me with the most rewarding and intellectually stimulating experience among all my first-year courses. Trinity One exposed me to primary historical sources, foundational literature in political science, the art of research and many more. Specifically, through writing final research papers in Trinity One, my professors supported me and equipped me with the necessary skills to work on long, daunting upper-year course assignments. Most importantly, the rigour of the Trinity One Program taught me to embrace and explore academic challenges. Without Trinity One, I would have imagined or feeling comfortable challenging myself with a third year history course in my second year. Overall, Trinity One allowed me to discover my academic passions and empowered me to conduct effective research.

To read more about the prize visit the University of Toronto Library website. 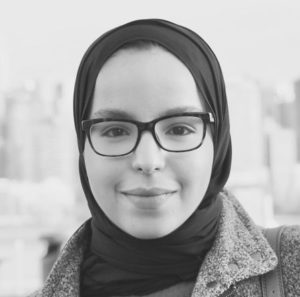 Trinity One student Yakin Ebsim talks about the American Revolution and its consequences from TRN150Y: National versus International.

There is a common assumption that historians have written all there is to know about the past. Our discussion about the American Revolution has taught me the value of retrospection and of expanding our common understanding of national histories.

The United States defeated Britain and gained independence in 1776 after the Patriots rebelled against the Loyalists. With the civil war ending in 1783, George Washington entered office as the first President of the United States in 1789 after commanding the Loyalists to victory. In his first term, Washington dealt with key domestic issues, such as establishing a federal administration and formulating an economic policy. With second term over and many of struggles of turning thirteen British colonies into the nation of America behind him, Washington decided not to run for office again, explaining his decision in his Farewell Address of 1796.

In reading the original Farewell Address, it became clear to me that Washington was not simply expressing his wishes to resign, but rather creating a valuable political testament out of his address to the nation. While reflecting on his time office, he appealed both to the people and to the government through his message on union and neutrality, while also offering key suggestions about America’s future foreign policy. Specifically, Washington warned against political party disputes and factionalism, emphasizing the importance of rational discussion for the realization of the nation’s interests. It is here that examining primary documents is especially interesting. To my surprise, Washington’s Farewell Address was not drafted by Washington himself but primarily by James Madison and Alexander Hamilton, leaders of the opposing Republican and Federalist parties. Their collaboration on writing the address is further proof of the weight Washington’s words about unity and its necessity in the context of America in that time.

Even more than this traditional perspective, the greatest take-away concerns how national histories are too often limited to national boundaries. As in the case of the American Revolution, history is often written by the victors and studied from their perspective. However, there are other achievements from the revolution found in the stories of the 60,000 Loyalist refugees who form part of that same national narrative and who help us understand the international consequences of American revolution. While typically the revolution is seen as spreading ideas of liberty to France, focusing on the Loyalist refugees also explains the flow of American ideas into the British empire. Known as the ‘spirit of 1783’, the Loyalist diaspora both aided the British Empire expand into Asia while also threatening its growth by advocating for liberty and highlighting grievances about imperialism.

Beyond national histories and international relations between states, studying the American Revolution from a different frame showed me that there remains a history of those who live in the seams of history that remains understudied and worthy of further analysis. History should not favor stories. It is a combination of stories of the ‘Great Men’ who led the nation and the people that formed the nation, and most valuable when these stories overlap and contribute to one another.