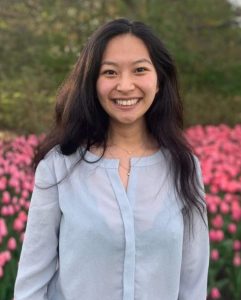 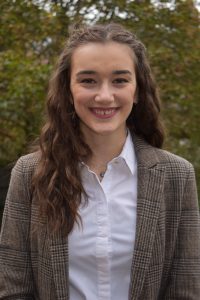 This year, we celebrate the virtual convocation of the class of 2020. In spite of the peculiar circumstances that developed over the last few months, our new graduates continue to demonstrate their resilience. Over the weekend, I had the pleasure to connect with a few alumni of The Margaret MacMillan Trinity One program to chat about their unique four-year journeys, and what their next big steps are as University of Toronto graduates.

As the alumni reflected on their first years, we chatted about their experience in the Trinity One program and how it shaped their undergraduate experience. “[Trinity One] was very fulfilling, and the professors did a very good job in not just passing on relevant content, but rather the important skills students need in their upper years to understand the logistics of research”, Dorota Borovsky says, who is starting her Master’s in Applied Immunology here at UofT.

Her sentiments were shared amongst the other alumni as well. From choosing their POSt programs to careers, they all felt that the program gave them a better insight to current-day topics and career fields, especially being first years with little knowledge on what their intended fields were truly like. Lilin Tong, a mentor from the Biomedical Health stream, switched her major after realizing that the material her Trinity One professor, Joy Fitzgibbon, was teaching was the most interesting and engaging to her, and will now be moving to the United States to work as a healthcare consultant before applying for medical school.

We ended our nostalgic conversations with some advice and key tips for incoming students. “It’s easy to have the tunnel vision mentality going into first year. You have to be realistic and have a backup plan. Trinity One helped me explore many career paths, and allowed me to broaden my interests while exploring all avenues and possibilities. It gave me a holistic idea of what medicine is like, along with maturity and insight,” says Rutvij Khanolkar, who will be pursuing his medical degree at the University of Calgary this July.

Reflecting on my own experiences, I am proud to say that my beliefs parallel the recent alumni as well, with the Trinity One program playing a huge role in shaping my undergraduate career. Being wrapped up in the fast-paced lifestyle of a student, convocation is time that has always seemed so far away from my reality. As I enter my third-year at the University of Toronto, I have come to realize it will soon be myself that will be pursuing post-graduate endeavours, and I am excited to grow in yet another chapter of my life. Once again, congratulations to the graduating class of 2020, and all the best from Trinity One! 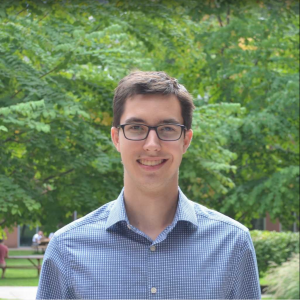 For many incoming first-year students, the start of the academic year seems distant enough — graduating from university seems like a lifetime away. Moreover, first-year students can become too focused on the light at the end of the tunnel, forgetting that their lived experience now has the potential to lead to their future success.

This is why Christopher Sims, a 2020 UofT economics, mathematics, and philosophy graduate who completed the Trinity One Public Policy stream (now the Policy, Philosophy, and Economics stream), says that “Everyone should try something like [Trinity One] — because really, once you get to higher levels, that’s what university is really like.” I had the opportunity to chat with Chris this week about what the Margaret MacMillan Trinity One Program meant to him and how it influenced his studies.

The structure of Trinity One courses is rather distinct compared to what students are familiar with from high school — learning is rooted in rich discussion and written reflection. Chris emphasized that in-class discussions in Trinity One helped him learn how to meaningfully engage with others in a seminar setting and become a more effective communicator. As well, the supportive community fostered in the program among his peers and professors gave him the confidence to regularly make contributions. He noted that these skills served him well in his upper-year seminar courses, where professors often expect students to pose, consider, and respond to complex questions.

Further, Chris cited the substantial exegesis and argumentation he was expected to complete in Trinity One through a wide variety of written assignments as an intellectually rewarding process that challenged his preexisting ideas, forced him to think and engage with texts in new ways, and become a much stronger writer.

On top of this, the support of professors who knew him and his individual strengths bolstered his ability to grow as an academic. Trinity One’s small class sizes and ability to engage one-on-one with professors led to relationships that outlasted the program; in fact, some of Chris’ best friends in undergrad were from Trinity One. Chris also ended up doing an independent study (TRN377) with one of his Trinity One professors, Michael Kessler, in his third year.

One piece of advice Chris had for incoming students was to expose yourself to as many different fields of study as you can; he suggests being open to learning something new or unexpected — for him, this was philosophy. In fact, it was his study of such a wide (yet cohesive) array of topics in Trinity One that led him to pursue a philosophy minor. The process of analyzing and critiquing text in his Trinity One courses — and many of the texts themselves — mirrored much of what he was expected to do in his upper-year philosophy courses.

Chris’ story is a testament to the value programs like Trinity One have in setting first-year students up for success in both their upper-year courses and beyond. While Chris does not plan on explicitly studying philosophy or the topics he analyzed in Trinity One when he commences his PhD program at Northwestern University this September, he made clear that the thinking, discussion, and writing skills that Trinity One helped foster will be invaluable to him as he continues his academic career.

On behalf of the Trinity One Program, congratulations on your graduation and we wish you the best of luck at Northwestern! 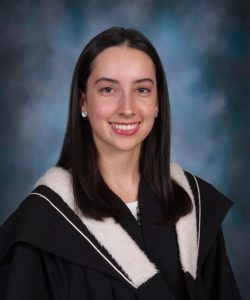 From new graduates making plans for entering the workforce or further study, to incoming second year students anxiously awaiting POSt applications, spring and early summer at U of T is a time of both excitement and uncertainty. My time as a first year student in the Margaret MacMillan Trinity One program just concluded in April, and the question of “What comes next?” has been at the forefront of my mind. This weekend, I had the opportunity to speak to Maria Alba Benoit Mariaca, a Trinity One alumna who just graduated from U of T, to gain some insight into university life after Trinity One.

Maria Alba was drawn to the International Relations (IR) stream of Trinity One to learn about the most challenging international issues of our time while simultaneously building a connection with a smaller cohort of students within U of T’s large campus. She was “blown away by the material” in TRN150 and TRN151, which “challenged [her] beliefs and enhanced [her] understanding of what constitutes IR”.

Reflecting on her experience in Trinity One, Maria Alba described the program as “unique and special” in its ability to foster “engaging, critical, and analytical conversations” and bring together “like-minded people wanting to seek truth in academia”. She mentioned her cohort’s diversity of lived experiences, high calibre of students, and supportive environment as particular highlights of her experience in Trinity One. Maria-Alba said that the “level of critical thinking that Trinity One instills is something that sets [its students] ahead of a lot of people throughout [their] university career”.

She advised first year students entering the Trinity One program to “go into class with an open mind and a willingness to learn, without any preconceptions about the courses” and to take advantage of the program’s unique opportunity to build relationships with classmates and professors. She encourages current Trinity One students to maintain these relationships after first year, as several of her Trinity One classmates became some of her best friends at university.

Her experience in the program motivated her to pursue a specialist in Peace, Conflict, and Justice, alongside minors in Latin American Studies and Human Geography. Maria Alba found that the knowledge and academic skills she gained from the IR stream set her up for success in upper-year courses.

Maria Alba is spending lockdown at home with her family in Ottawa, and is taking different online courses to expand her skill-set and technological proficiencies. In the context of this global pandemic and increased advocacy for justice, she is writing a “Student View” for ReVista: The Harvard Review of Latin America on the shared experiences of the Latin American communities she is connected to across the broader American continent. Maria Alba plans to continue working in the field of Environmental and Social Policy for a couple of years, before continuing her studies at a postgraduate level.

We would like to congratulate Maria Alba and all of the Trinity One alumni who graduated last week, and to wish them all luck with their future endeavours!