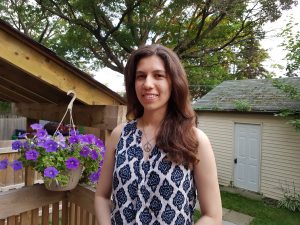 What are you studying now?

I am a master’s student at the Institute of Medical Science, conducting research at the intersection of neuroscience and mathematics and trying to solve some of the mysteries of the brain specifically in neurodegenerative diseases. My undergraduate studies in math and neuroscience as well my research experiences may have prepared me for a career in research in computational neuroscience, but the Trinity One Program taught me one of the fundamentals in conducting research; how-to do-good science.

Having been part of the Biomedical Health Stream as a student for 2 years and serving as a mentor for 2 more years, the Trinity One Program was one of the highlights of undergrad. Most science courses in undergraduate would teach you mechanisms involved in biological processes, or help you develop scientific literacy skills. Yet, very few will tell you about the contemporary issues in medical sciences or how and why ethics is very fundamental in research, or how scientific findings influence health policy. The Trinity One offers a very unique training in gaining such scientific knowledge as well as developing skills from critical thinking to public speaking that was condensed into 2 years, which, in real life, may take many many years to acquire.

Trinity One had such a significant role in my studies and career, and it was such a pleasure to mentor new cohorts, offer guidance and share my experiences. Mentoring Trinity One students challenged me to learn and provide more since students were always thirsty for new knowledge and ready to discuss any topic any time. It was a wonderful experience to witness how they developed important skills necessary in sciences, and how confident, fearless, and ambitious they were to speak about their ideas, follow their dreams and always advocate good science.

A million thanks to Trinity One Program, I am a better reader, mentor, scientist and person now. When I read a paper, I must question the analysis and how they came to the conclusion. When I teach a class, I must know all aspects of the topic. When I conduct research, I must think about how my project will influence the public. When I am passionate about an idea for a good cause, I must advocate. Trinity One was not just part of my undergrad, everything I was taught shaped my career, future and even my personality, and I will always be grateful for having had such a special opportunity to be part of it. 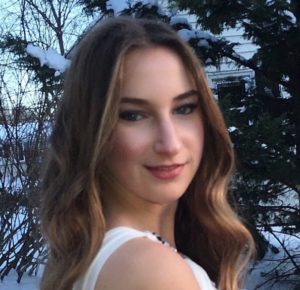 Trinity One student Bianca McLean asks “How Well Do You Know Science?” from TRN125Y: Issues in Health Science.

How do we stop the HIV epidemic in Africa?
Why do people believe vaccines cause autism despite contrary evidence?
Why do respected newspapers misreport science?

Science literacy is an extremely important, but often lacking skill in the general population. Science literacy allow readers to understand the world around them, and it is also necessary for appropriate decision making on how scientific discoveries will impact our lives in the future.

We are constantly bombarded with jargon and it can be difficult to distinguish fact from fiction. Does the Facebook ad claiming detox tea is crucial for weight loss have any scientific foundation? Probably not. What about an article with anti-vaccination content in the Toronto Star? Even generally well educated people often have difficulty knowing when they are reading reliable and replicable scientific truth.
In TRIN125: Issues in Health Science, we study the principles that lead to good science. This knowledge has wide-reaching application, from understanding scientific journals, to designing experiments, to determining when treatment is necessary versus when treatment is profitable. Before taking TRIN125, I looked at a science article and saw the conclusions. Now, I see crucial details about experimental design, the motivation behind the experiment, possible conflicts of interest, and data that can easily be manipulated to suggest very different conclusions.

A well-known, but often misunderstood example of the harmful impact of bad science is the anti-vaccination movement. After a paper published by Andrew Wakefield in 1998 suggested that the measles, mumps and rubella (MMR) vaccine may cause autism, the vaccination rate plummeted. Subsequently, measles and mumps outbreaks began infiltrating major cities. Not only did this add huge costs to the healthcare system, it also put millions of children at risk of deadly disease. The world is still recovering from this outcome. While vaccination rates have started slowly increasing again, the damage caused by Wakefield’s paper was immense.

It was later found that Wakefield had falsified his results, lied about acquiring ethical approval and did not declare his conflicts of interest. Wakefield’s study was the epitome of bad science, as he disregarded every value at the core of scientific research. However, the media’s trust of Wakefield’s study, and the public’s inability to decipher clear indications of fraudulent science is, to me, more shocking.

Had the reporters been more scientifically literate, Wakefield’s study would have been quickly dismissed and never been disseminated to the public. Further, if the general public had been better educated in looking for indications of bad science, the flawed study would never have convinced so many to make choices that threaten public health.

TRIN125 encourages students to look at science with a critical eye. As future leaders in medicine, research and politics, we must not only acquire the skills needed to understand science, but also to explain it to our fellow citizens. Public health depends on being able to convert results from legitimate experiments into health policy. Although many courses may teach about science, few actually teach the practice of good science. TRIN125 pushes students to challenge our current ways of thinking about scientific knowledge.