February 2021: For Black History Month, Trinity College recognizes and celebrates members of the community who have made a difference. Read their stories below – trailblazers, change makers and community leaders who – fighting against racism, barriers and challenges of their times – have made their mark within our community and the world. 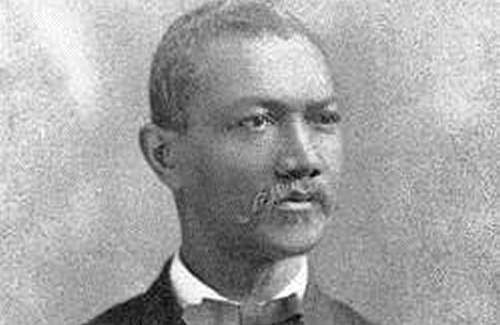 Doctor of Courage: Rejected by American universities, Alexander Augusta completed his medical degree at Trinity Medical College then used his skills to fight for civil rights in his homeland. Alexander Augusta graduated from Trinity’s medical faculty in 1860.

The Story of Myrtle Burgess

This story offers an important glimpse into the discrimination people of colour faced in the early 20th century. It is a credit to Myrtle’s intelligence, drive and tenacity that even in the face of injustice, she continued her studies at Trinity College. Myrtle Burgess (back row, second from left) attended Trinity from 1905 to 1909. 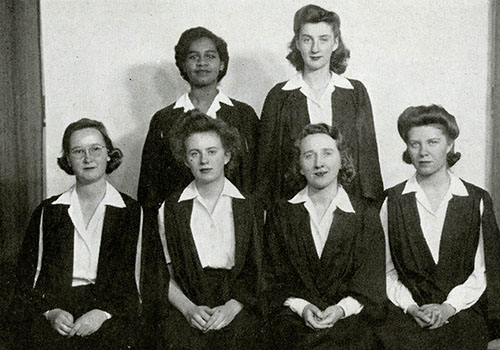 Gloria Carpenter, who studied at Trinity  before going on to become the first Black woman to graduate from Cambridge, stands in the back row, on the left, in this photo in the 1945 edition of Torontonensis. 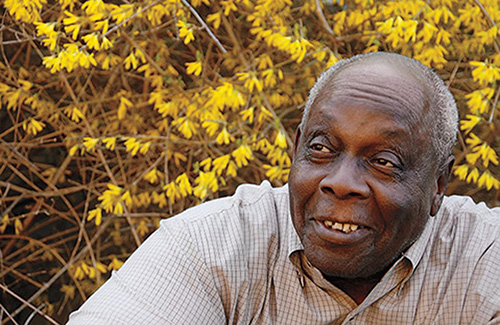 The Making of a Judge: George Carter, the first Canadian-born black judge in the country, worked as a train porter to pay his tuition. George Carter graduated from Trinity in 1945. 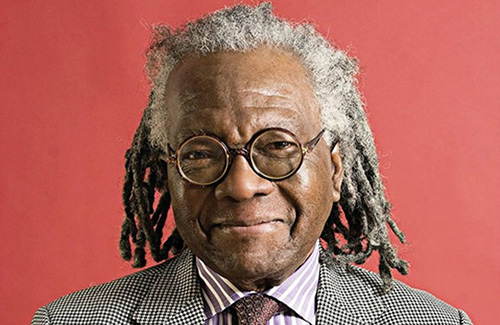 Austin Clarke: U of T alum was among the first writers in Canada to pay attention to everyday life in Toronto. He was also a champion of social justice. Austin Clarke passed away on June 26, 2016. He attended Trinity for a short period in the mid-1950s and received an honorary degree from the College in 2000. 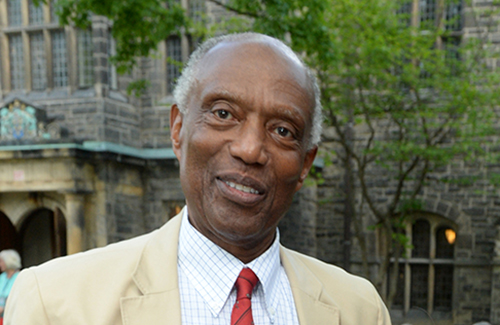 Remembering Ivan McFarlane: Ivan was a great friend to Trinity College, a frequent presence who contributed both to the serious business of governance, and the business of enjoying fellowship and fun.

A year ago, during Black History Month 2020, Trinity alumnus Ivan Owen McFarlane (Class of 1964) passed away. The anniversary of his death presents an opportunity to reflect on the circumstances that brought Ivan to us from his home in Jamaica, circumstances that brought a number of other young men and women from the West Indies in the 1950s and 1960s to the College.

>> U of T statement recognizing Black History Month and for more on the university’s ongoing efforts to advance equity, diversity and inclusion and eliminate anti-Black racism