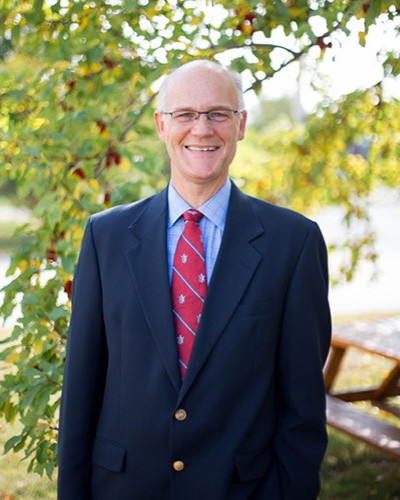 Dr. John Meehan (Photo courtesy of the University of Sudbury)

Trinity College is pleased to announce the appointment of Dr. John Meehan as Director of the Bill Graham Centre for Contemporary International History (BGCCIH).

“We are thrilled to have John Meehan in this leadership role as Director of the Bill Graham Centre for Contemporary International History. He is an accomplished historian, academic administrator and practitioner, and a student-focused leader who is known for bringing people together to promote dialogue. As the study of contemporary international history is by nature interdisciplinary, John’s diverse background will bring an innovative and dynamic approach to the work of the Centre,” said Prof. Mayo Moran, Provost and Vice-Chancellor of Trinity College.

Since its inception, the BGCCIH has focused on promoting the historical study of contemporary international relations, and bringing scholars, policymakers and political practitioners together with students to exchange perspectives and knowledge. Along with programs in the areas of undergraduate and graduate teaching, the Centre is involved in organizing conferences, public lectures and publications.

“The Directorship provides a great opportunity to be a connector of people from around the world. I hope to promote dialogue and global citizenship, and expand the reach of the Bill Graham Centre’s work on contemporary international issues. I look forward to working with colleagues and connecting students to the wider world of scholarship and Canada’s role in international diplomacy – this will be incredibly enriching and what excites me about this new opportunity,” said Dr. John Meehan, noting that the Centre’s mission of merging academics with practice and engaging the wider community, along with Trinity’s commitment to academic excellence, were among the main drivers that drew him to the role.

A historian by training, Dr. Meehan is an experienced academic leader, scholar, professor, author and Jesuit. To the BGCCIH role, he brings interdisciplinary expertise in the study of history, international relations, Asian studies and religious studies. His research interests include the history of Canadian foreign relations, Canadian relations with East Asia, Asia Pacific studies, Jesuit history, and the history of relations with Indigenous peoples. Dr. Meehan has taught numerous courses in these areas of study.

“We are delighted to have recruited such an outstanding scholar, administrator and leader to the Directorship. We look forward to working with him as he leads the Bill Graham Centre into the next exciting phase of its development,” said Prof. Michael Ratcliffe, Dean of Arts and Vice-Provost of Trinity College.

Dr. Meehan will start his Directorship later this summer, following the completion of his two-year term as President and Vice-Chancellor of the University of Sudbury. He was previously the Interim Director, Newman Centre at McGill University, Rector of the L’Église du Gesù in Montreal, and the President of Campion College at the University of Regina. Dr. Meehan holds a PhD in History (University of Toronto), ThM/STL and MDiv/STB (Regis College), MA in International Relations (Johns Hopkins University-SAIS), DipTheol (Oxford University), and BA in History and Russian Studies (McGill University). His book on Canada’s early diplomatic relations with Japan, The Dominion and the Rising Sun, won the Prime Minister’s Award in Japan.

Dr. Meehan is no stranger to Trinity College. In the late 1990s, while competing his PhD at the University of Toronto, he was Trinity’s Academic Don in History and Social Sciences. “Trinity has a very positive academic community, and I’m looking forward to the exchange of ideas and new perspectives, and being a part of the vibrant community,” he added.

His approach to understanding cultures, people and world views is evident through his cross-cultural experiences and multilingualism (English, French, Russian, Japanese, some Spanish, Italian and Latin). “Engaged global citizens are what the world needs. If we are committed to world peace, dialogue and reconciliation, we need to start with truth – about our challenges, histories and relations – and we need to reach out beyond a Eurocentric focus. International relations involves all of the cultures in the world, including Indigenous and marginalized communities,” said Dr. Meehan, noting that he will also be teaching in Trinity’s International Relations (IR) Program.

“I am thrilled that John Meehan will be teaching in the IR Program. He brings a tremendous wealth of historical knowledge on Canada’s relationship with the Pacific world – an area of keen interest to IR students,” said Prof. Timothy Sayle, Director of the International Relations Program at Trinity College, and Senior Fellow at the BGCCIH.

“The College would like express sincere gratitude to Dr. Jack Cunningham, the Bill Graham Centre’s Program Coordinator, for stepping in to manage the Centre’s work following the sudden and tragic death of Dr. Greg Donaghy last summer,” Provost Moran said. Dr. Donaghy joined Trinity College in 2019 as the Director of the BGCCIH following the retirement of the Centre’s founding Director Dr. John English.

The Centre for Contemporary International History was established in 2011 and in 2013, the Centre was renamed the Bill Graham Centre for Contemporary International History (BGCCIH) in honour of a $5 million gift to the College by The Hon. William C. Graham (Trinity College’s 12th Chancellor) and Cathy Graham. Based at Trinity College, the BGCCIH works in close cooperation with the College’s International Relations and the Munk School of Global Affairs & Public Policy’s Master of Global Affairs programs, as well as the University of Toronto’s departments of History, Political Science and Economics. In addition, the Centre promotes international history through partnerships with other institutions and organizations in Canada and abroad.